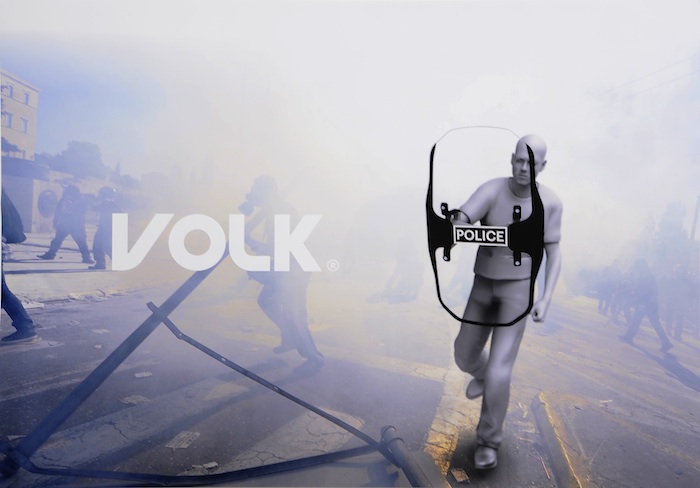 Ryan De Remer, a colleague and previous fellow student at Monash University, studied Industrial Design and graduated with honours. His continual drive to be the best in his field has pushed him to New York, where he now works for a top design firm.

With his MacBook Pro and Latte in the corner of his favourite Brooklyn coffee shop, the creative juices flow. His final year project for Monash University was the culmination of years of learning. He applied his knowledge and design skills to an otherwise plain and engineered product, the outcome of which was incredibly impressive.

A highly effective and ergonomic riot shield, improving the ability of crowd control officers to defend themselves in the midst of violent outbreaks of rebellion. The product incorporates a years worth of research on crowd control and human factors, merging this with material research and testing to produce a product that would be the pinnacle of his degree.

Ryan himself (nicknamed, ‘Remer’) with his hipster clothes, designer moustache and purposefully untidy appearance can make a joke about anything, to the point where he plays joke games, competing for the best laugh. His high-achieving and motivated attitude mixed with a designer exterior results in an overall perception of coolness.

His endeavours highlight to others how applying design principles to anything can generally improve it. He inspires others to reach their potential, especially with the story of his success so far, even more so because he is only 23.

An incredible story to tell, more than worthy of television; humorous, intriguing, creative and cool.

For more info about the project or Remer himself email here.
Check out Remer’s other masterpiece the BERA here.